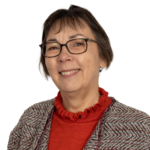 Levelling up – is it doable?

Following the government’s HS2 announcement you could say levelling up is also what TPR is doing on trusteeship and governance.

TPR wants to see proof of good and proportionate governance, in a landscape with fewer schemes. Trustees will have to show they’re up to the job. They may need to exit if they can’t get up to speed.

What is the divide?

The divide to be levelled up is around scheme size, resource, trustee capability and employer attention. It’s about the bandwidth to deal with pensions complexity and the resources needed to run a scheme well.

TPR is using several lenses for action and nudging including trustee TKU and recruitment, the quality of chairs and of professionals, a more accessible and practical single code, decision making by more diverse and inclusive boards, more accountability for trustees and for employers.

Better risk management and service provider oversight are also core, with a new TPR initiative starting on the administrators.

Removing barriers to consolidation or winding up for small and micro schemes is a major junction for TPR to navigate.

DB consolidators need an agreed model and regulatory framework – how will it look vis-à-vis the insurance regime? How will regulators settle their differences?

Actively regulating master trusts and consolidators are further staging posts on TPR’s route to fewer schemes. Plus there’s a newer line being built out for sole trusteeship and its code of practice.

How long will it take?

Phase 1 of HS2 is due by the late 2020s. Will this be quicker? 2020-21 are evolution and bedding in years for the single modular code and TKU which will take time for trustees to work through and evidence.

How doable is it?

The end game horizon of many DB schemes and dispersion of DC member value between schemes rightly provides power to TPR’s elbow, with some £2 trillion of members’ assets to account for.

And TPR say they have better ways of reaching employers, after learning from AE campaigns.

Well informed trustee boards are listening and know they’ll need to spend time on the code, TKU, the proofs and evidence needed. Most of these also have employers who will weigh up their options for the best governance model to achieve an end game or sustain a scheme in the long term.

But what about other schemes and employers – those who are most in TPR’s sights to level up?

TPR’s lack of primary legislative powers, barriers to DB consolidation, regulators with different priorities and resources, schemes that may not be attractive to new providers… These are not addressed in the Pensions Bill. They are issues that could militate against large scale success with schemes at the back of the train.

And Brexit means more legislative logjam, uncertainty for employers and maybe for sterling. How accessible will new capital be for settlement, derisking and consolidation providers? Queues may get longer, and providers pickier about risks they need to accept whilst aiming for scale.

A related issue highlighted this week (e.g. Sir Steve Webb at the AMNT) is the risk of an unwanted trustee exodus over time, if the criminal sanction clause in the Pensions Bill makes it onto the statute book as currently drafted. It could put advisers off too.

It may make it harder to attract or retain the right people. Adviser fees, trustee remuneration and professional fees, trustee insurance costs could increase as a result. So, more fare rises in prospect.

How much capacity will insurers, consolidators, master trusts, sole trusteeship firms have? Can they take the strain if employers leave their trustee carriage on the sidings in larger numbers, in a shorter timescale?

Will schemes that TPR is targeting most for improvement remain at the back of the queue, stuck in the ticket office with a faulty self-service machine and no internet signal?